Via comment by Sioux on 'You want a race war [expletive]? BRING IT YOU WHI... 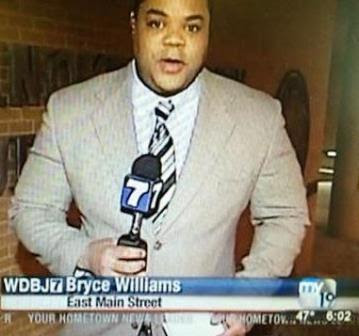 Yesterday, when news of the anti-White, anti-straight shooting of two TV reporters by their Black, gay ex-colleague broke, I was going to write a piece about the lack of outrage at the racist, bigoted hate within Vester Lee Flanagan and how the media was downplaying that. Oh, and typical to form, as with every murder involving a gun, the predictable shrieks for gun control spewed forth my way on Twitter and in e-mails. But, instead of writing that piece, I think these tweets I (follow me on Twitter) and reader @DadLibertarian sent out covered the bases. Check them out below, followed by some other talking points on the Roanoke WDBJ murders that you won’t read anywhere else . . .