Why was Civil War (sic) fought? 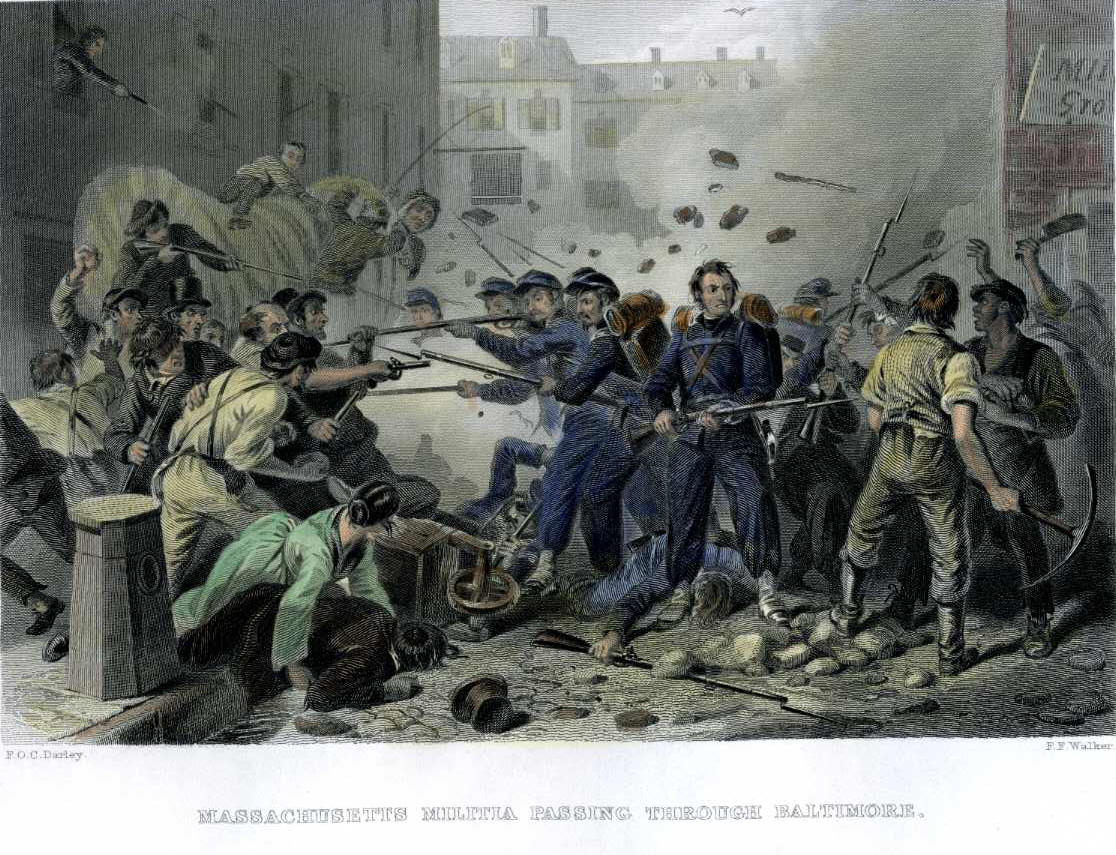 The Baltimore Riot of April 1861

This is a reply to Tracey E. Williams Jr.’s Aug. 20 letter to The Augusta Chronicle (“Flag, no; statues, yes”). The Confederate battle flag was to be used in battle, parades or special events only, and had nothing to do with slavery.


All of the slaves brought over here from Africa were on ships financed mostly by New York bankers, built in New England and sailed with U.S. flags (Old Glory).

The Civil War itself was fought over power and money. The South, a political minority in the country from 1830 on, was fed up with being pushed around by the North. The unfair 40 percent tariff on the cotton trade was paid by the five Deep South cotton states and financed 80 percent of the U.S. Treasury. These monies were used mostly to subsidize the industrial development of the North.

The South felt the only way it could change this unfair arrangement would be to secede and form its own country. Abraham Lincoln, a former railroad lawyer, said no. The North could not survive without the cotton tariff, and he would do all he could to preserve the Union. He even encouraged the passage of an amendment to the Constitution that would make slavery permanent and irrevocable if the Confederate States of America would rejoin the Union. This was passed by Congress in March 1861, signed by Lincoln and sent onto the states for ratification.

Lincoln himself said the Civil War was not over slavery but was all about preserving the Union. He made slavery an issue two years after the war started when England and France began building ironclad ships for the CSA so the South could break the Union’s blockade. The Emancipation Proclamation freed the slaves in the CSA, but freed no slaves in the four border states and occupied Louisiana. It did, however, stop England from coming into the war on the South’s side.

Thousands of federal troops, to include Gen. Ulysses S. Grant, flew the U.S. flag and owned slaves until the end of the war. Thousands of Southern boys, outnumbered 3-to1, flew “old Dixie” trying to stop a vicious invader of their homeland, and attempting to get out from under the boot of the federal government to save their Southern culture.