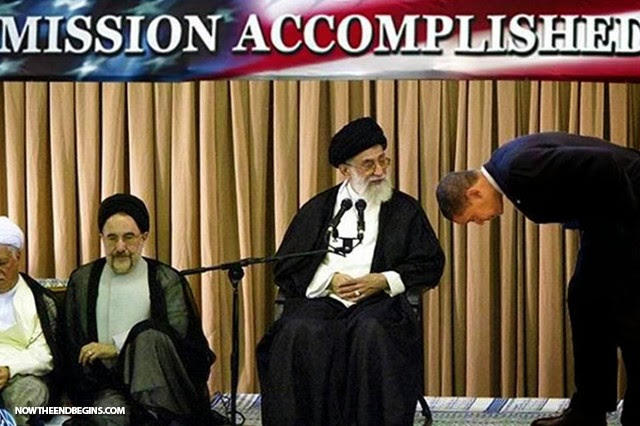 A senior Iranian military leader warned this weekend that “all U.S. military bases in the Middle East are within the range of” Iran’s missiles and emphasized that the Islamic

EDITOR’S NOTE: Everyone has been so focused ISIS as the creator of the Islamic caliphate, when in reality it looks like that caliphate will be Iran, Russia, Syria and Iraq. Russia has effectively squeezed America out of the picture, forming alliances all across the Middle East. How blinded has America become? So blind that the Ayatollah can declare they have missiles pointed at America, as they do in this story, and Obama is still able to sell the Iranian Nuclear Deal to a dead, asleep American public.  Prepare for impact in 3..2..1..

Much of this missile work, like the details of Iran’s advanced arsenal, remains secret, according to Brigadier General Amir Ali Hajizadeh, commander of the Iranian Revolutionary Guard Corps Aerospace Force.