In Defense of Donald Trump's Namecalling 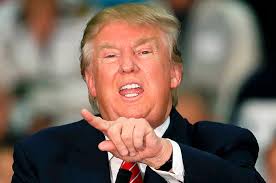 Also obviously, Republican primary voters are into it. They like Trump's short declarative sentences -- the secret sauce of which is namecalling.

Trump's namecalling, so loud and so short on specifics, drives the establishment political writers who dominate corporate media crazy. I suspect this is because it doesn't give them much to do: no 12-point plans to debunk, no statistics to factcheck, no rhetorical rabbit holes in which to run around in circles at 50 cents a word.

I think it's fabulous.