Syria: It's Not a Civil War and it Never Was 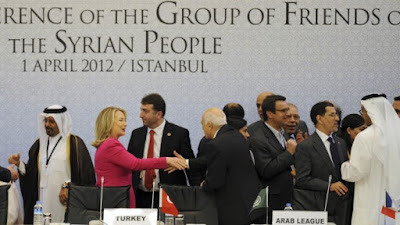 As Syrian forces fight to wrest control of their country back and restore order within their borders, the myth of the "Syrian civil war" continues on. Undoubtedly there are Syrians who oppose the Syrian government and even Syrians who have taken up arms against the government and in turn, against the Syrian people, but from the beginning (in fact before the beginning) this war has been driven from abroad. Calling it a "civil war" is a misnomer as much as calling those taking up arms "opposition." It is not a "civil war," and those fighting the Syrian government are not "opposition."