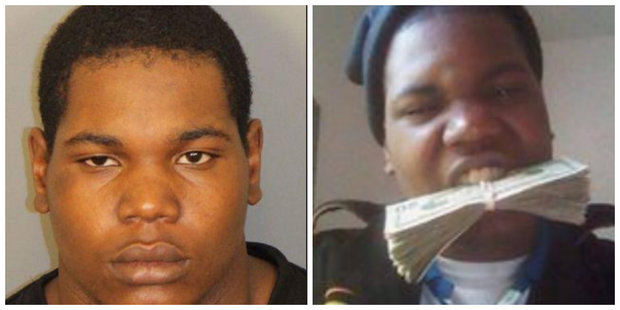 Authorities believe a 19-year-old arrested in connection to three restaurant robberies may have hurt others if it weren't for an armed citizen.

Roderick Derrell King, 19, is charged with robbery and capital murder in connection to armed robberies at a Burger King, Papa Murphy's and a Jack's Wednesday night. Police say a customer at the Jack's was killed during that particular robbery.

Police say it all started Wednesday night at the Burger King in Fairfield off of Lloyd Nolan Parkway.

Pleasant Grove Lt. Danny Reid said in a previous interview. "This guy has zero remorse. He doesn't care." "After interviewing him, it is plain to me that he is an individual who values no one's life but his own and no dollar amount is too small for him to take that life,'' Reid said.


A dropped cell phone at the scene of a crime helped lead authorities to a suspected killer who they say carried out a three-city spree in Jefferson County one week ago today.

Witnesses to the violent holdup and deadly shooting at Jack's in Pleasant Grove on Jan. 13 watched as the gunman, armed with an AK-47 type rifle, accidentally left behind clues that would help to catch him within a matter of hours, according to an affidavit made public in court records this week.

Responding officers looked at the dropped cell phone, according to records, and saw on the locked screen a picture of a man they recognized and identified as 19-year-old Roderick Derrell King. They issued a lookout bulletin for King- who already was awaiting trial on a 2014 armed robbery case – and he was later captured by Birmingham police.