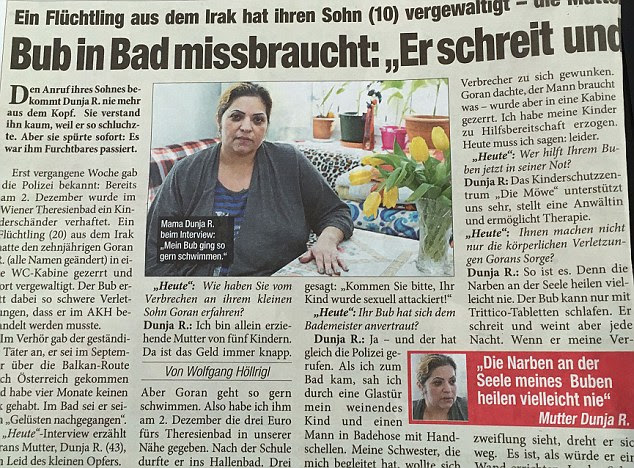 The mother of the boy who was raped by an Iraqi migrant in a swimming pool in Austria, has said she regrets teaching her children to be welcoming to migrants and described the man's defence as 'just monstrous'.

The boy's mother Dunja, who arrived in Austria as an immigrant in the 90s from Serbia during the Civil War, said she had always taught her five children to offer the same hospitality to new arrivals that she had herself received.

Upon hearing her son's attacker's claim he had 'too much sexual energy', Dunja criticised his defence as 'just monstrous' and insisted he should be sent to prison and then be deported. She said she 'regretted' teaching her children to be welcoming to migrants.The boy, known only as Goran, had to be hospitalised with serious injuries and his mother said her son has been crying himself to sleep every night since the attack.