Via Billy and comment by Quartermain on "Former Obama Fundraiser Don Peebles: “I Think
Dona...": 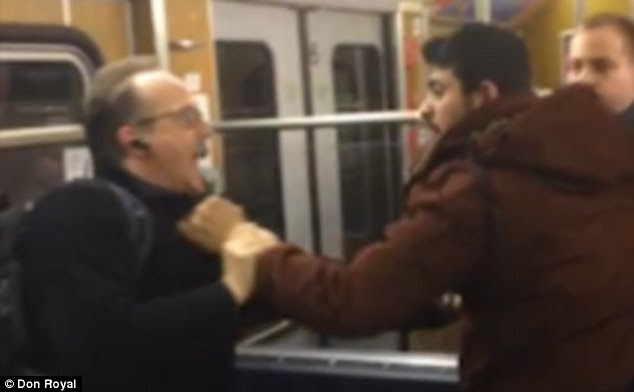 "When the train reached the station I called the police. They said there was nothing they could do."

Shocking footage has surfaced online appearing to show a group of young migrants attacking two German pensioners after they stood up for a young women the men were harassing on a subway train.

Recorded on a mobile phone, the disgraceful video shows the men - of Eastern European or Arabic origin - holding one man by the arms as they verbally abuse him.

The second victim is seen grappling with one of the migrants, before he is held up by the neck and threatened.

Munich man Tom Roth uploaded the disgraceful video to his Facebook page. He caught the footage while travelling from Sendlinger Tor station to the Metro's city centre terminal.