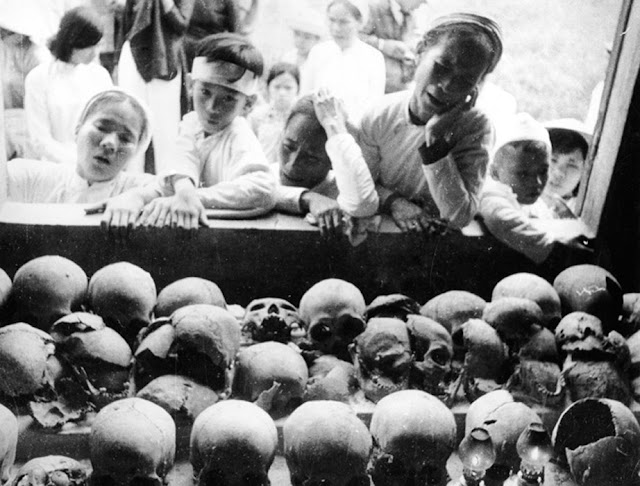 By  Mrs.Le Thi Anh who left Vietnam when Saigon fell. A member of President Ford’s A advisory Committee on Indochinese Refugees, her articles have appeared in Asian Survey, Harper’s Weekly, and the Washington Star.

It is two years ago this month since the communists overran South Vietnam.  When Saigon first fell there was much speculation in the west about the likelihood of a bloodbath; as the months passed, however, and there was little news the speculation began to taper off Now two years later, Vietnam and its people have vanished almost completely from the American consciousness. Those once actively concerned about the war both doves and hawks, share a common interest in forgetting that faraway land of so many unpleasant memories.

U.S. antiwar groups don’t want to be reminded of Vietnam for fear of having to admit that their marches, demonstrations and successful cut-the-aid campaign resulted in death or detention for thousands of South Vietnamese, many of whom were their partners in non-Communist opposition to President Thieu.

U.S. officials also are anxious to contain unhappy news from Vietnam, because it will reveal how inadequate the American evacuation program was, as well as how the U.S. failed its allies.  According to Frank Snepp, a CIA analyst who served in Saigon, the American Embassy wasn’t able to destroy its top- secret files during the frantic evacuation, and among the: information that fell into Communist hands was a list of 30,000 Vietnamese who had worked in the Phoenix program, a U.S.-sponsored operation responsible for the elimination of thousands of Communist agents. A full report on the massacre of those 30,000 Phoenix cadres is said to have. reached the desk of the French ambassador to Saigon by late 1975; he communicated it to . Washington. where nothing was done with it.

The American media also seem to want forget Vietnam. Scores of former concentration camp inmates—Vietnamese who escaped not in April 1975 but after the Communists had been in power a while—have arrived in the United States. but they get very little attention from the press. (Although this was recently remedied somewhat when Jean Lacouture’s horror story of life in present-day Cambodia and Father Andre Gelinas’ account of life in South Vietnam after the takeover were reprinted in The New York Review of books.