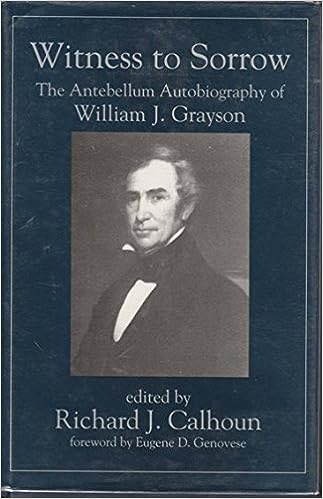 “For this calamity, this crime of War between North and South, Northern people are chiefly chargeable. The cupidity and intermeddling spirit of New England were the main causes of dissention. Her greedy tariff exaction, her perpetual irritating interference with Negro slavery in the Southern States, her avaricious monopolists & political priests sowed the seed of which we are reaping the natural harvest.

If ever a people destroyed their own prosperity it is the people of New England. They are accustomed to call the brain of New England the brain of the Union — it is the brain of a lunatic who cuts his own throat. No chain of cause and effect in all history is more clearly traceable than the destruction of the Federal Union by Northern folly and madness.

If they succeed in the war they will be the rulers over insurgent provinces ready at the first opportunity to renew the contest. The restoration of the union is an impossibility. There must succeed to it another government with standing armies, enormous taxes and despotic power beneath whose influence Northern liberty will wither and perish. In the early part of November [1861] the Northern government began a series of predatory expeditions on the Southern coast. The first under Sherman and Dupont disembarked at Port Royal. They presented to the world a striking evidence of the ease with which men strain at gnats and swallow camels.

They were prosecuting as felons in New York the captured privateersmen of the South, and were seizing all the cotton and other property of widows, children and noncombatants on the islands of South Carolina, contrary to every usage of civilized war.

The robbery has been approved and applauded throughout the Northern States. They talk with exultation of cultivating the plantations of Port Royal on Federal account as a sort of financial appendage to the Washington government. The rights of the owners are disregarded.

To the people of St. Helena parish and the adjoining country the disaster was incalculable. They lost everything; houses, plantations, Negroes, furniture, clothing. They became fugitives. Northern men engaged formerly in surveying the coast served as guides for the marauding parties. With their wives and children they had spent months in the families of the planters, had eaten dinners and drank wine, and now they acted as pioneers of plunder to the scenes of the feast.

They were better able to discover the stores of old Madeira from having frequently joined the owners in drinking it. Their first question asked of the servants on entering a house from which their cannon had driven the owner was — “where is the wine kept?”

There was something indescribably mean in the conduct of these parties but very characteristic of the people whose officers they were. They are a thrifty race, not scrupulous about the means if their end be attained. Our worthy friends of Massachusetts treat us (as) they did the Indians, witches, Quakers, Baptists and other heretics of earlier times. There are many pious Christians but not a voice is heard in favor of peace. So far as we can judge from their acquiescence in Sewardism, they have fallen into the strange delusion that Christian Charity is consistent with rape, rapine and murder.

They pray and preach not for peace, but for the more earnest prosecution of a bloody war and the enactment of general confiscation acts. They [Northerners] exulted . . . a manifest judgment of Providence on the home of rebels and traitors. They believed that Heaven had put the torch to Southern homesteads to avenge the abolition party and support the cause.”