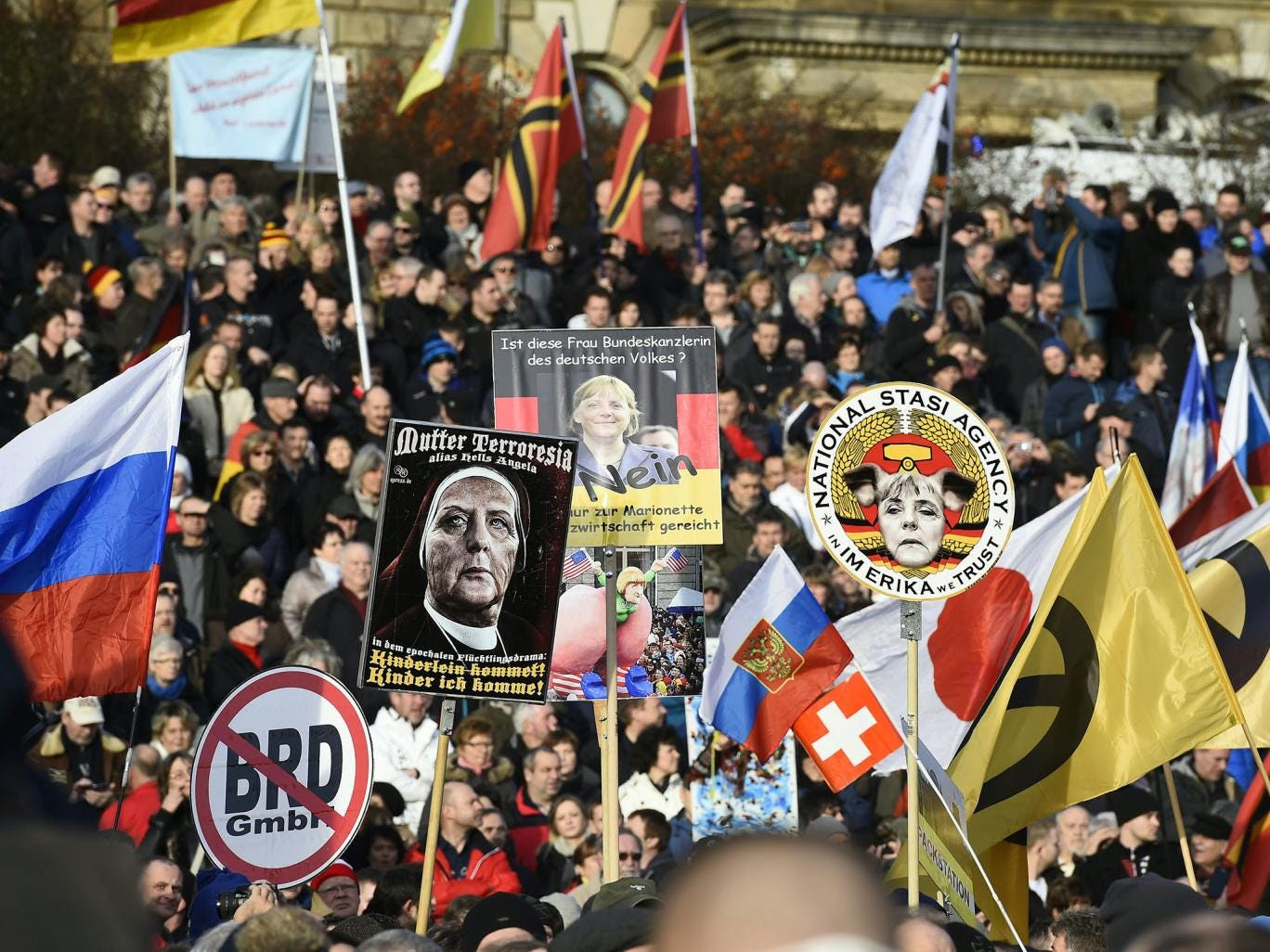 Protesters from the anti-Islam PEGIDA movement marched in cities across Europe today.

With around 2000 attendees, the largest was in Dresden, the home town of the group, the Daily Mail reported.

There were also far right demonstrations in the Netherlands, Austria, Ireland, Poland, France, Czech Republic, Slovakia and even Australia.

In Birmingham, 100 - 300 protesters joined the first PEGIDA demonstration in Britain. A silent march walked through a Birmingham industrial estate, a Guardian journalist reported: