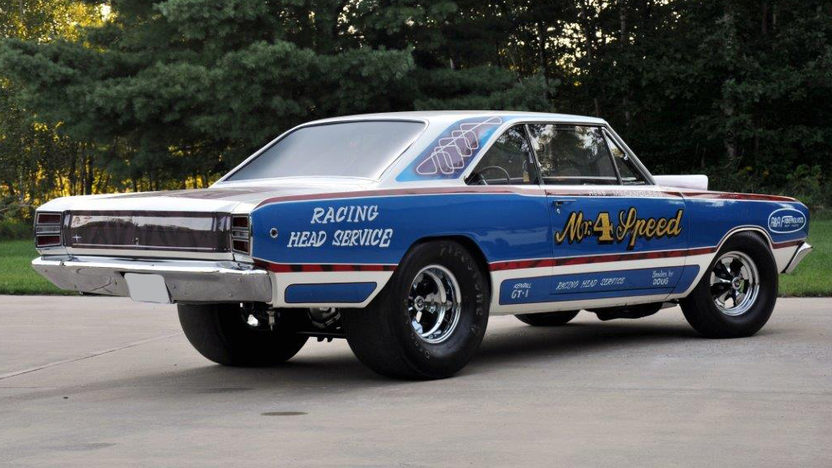 My dream barn find.:)  No window regulators to save weight.

They called him ‘Mr. Four Speed,’ and for good reason. Memphis drag racer Herb McCandless was known for his ability to jam gears and win races. This special 426 Hemi-powered Dart, built by Hurst under contract to Dodge in the spring of ’68, is actually the first Dodge he would ever campaign. McCandless achieved great success in the South and Midwest in 1968 and 1969, running primarily in AHRA’s heads-up Super Stock circuit, and won 15 of 18 events.

At the end of that effort in early 1970, McCandless sold the Dodge and moved his family to Burlington, North Carolina; he had just become a driver on the legendary Sox & Martin team and would win the first-ever Pro Stock crown at the Indy Nationals that summer. These Darts, of course, were very special. Assembled around partially completed 383 GTS models at a special Hurst production facility in Detroit, the cars were modified solely for racing—426 cross-ram Hemi engine, heavy-duty driveline parts, lightweight body panels, and a disclaimer from Chrysler that they were not street legal.