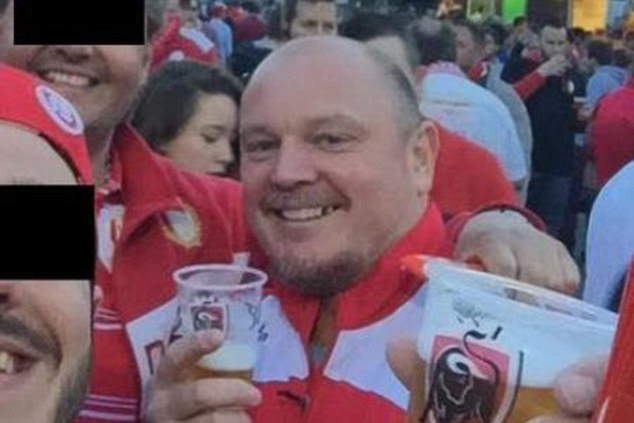 Didier Prospero, pictured, who was a security guard at the Tihange Nuclear power plant, was found shot dead in his bathroom beside his beloved pet sheepdog Beauce. No gun was found at the scene of the crimeBelgian security services are fearful that ISIS operatives may have been looking to target a nuclear plant as it emerged two workers from a plant in Doel fled to Syria to join ISIS.

One of the men, reportedly known as Ilyass Boughalab, is believed to have been killed in Syria, while the second served a short prison sentence in Belgium for terror-related offences in 2014.

With an extensive understanding of nuclear facilities, the convict's short jail sentence has raised further questioned of the Belgian security services as well as fears he may have passed on important knowledge about the site's to the terrorist group.