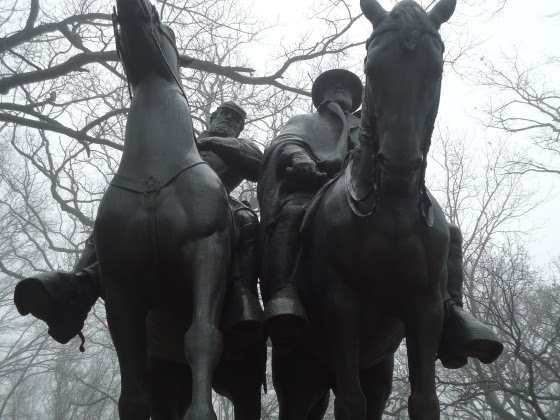 As Baltimore is preparing to honor a coprophagic crossdresser, the city’s double-equestrian Lee-Jackson monument is coming down.  Mayor Stephanie Rawlings-Blake, who presided over and encouraged the riots following the death of Freddie Gray last year, is expected to direct its removal from Wyman Park where the monument, the site of many Lee-Jackson Day celebrations, has stood since 1948.  Not so bold as to demand the outright destruction of such works of art, the mayor and those who are contemptuous of Maryland’s history are sparing and “recontextualizing” some Confederate memorials but will decommission the most “offensive” ones.  The generals in all likelihood will be sent to Chancellorsville Battlefield in Spotsylvania County, Virginia, a state whose own Confederate memorials are threatened.