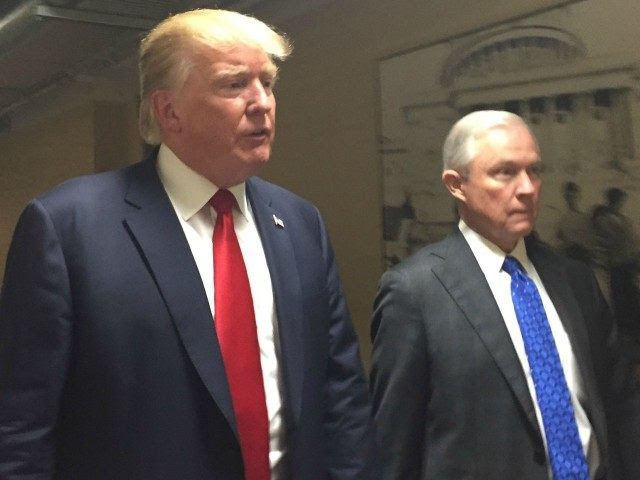 Senator Sen. Jeff Sessions (R-AL) warned that trade deals are eating away our national sovereignty and threatening our security on Thursday’s edition of Breitbart News Daily.

Breitbart News executive chairman and host Stephen K. Bannon compared the issues at stake in Britain’s upcoming vote on exiting from the European Union with the 2016 U.S. presidential election, and asked Sessions if the latter could be seen as “essentially an up-or-down vote on national sovereignty of the United States of America.”

Sessions said the issue of sovereignty was definitely at stake in these elections.