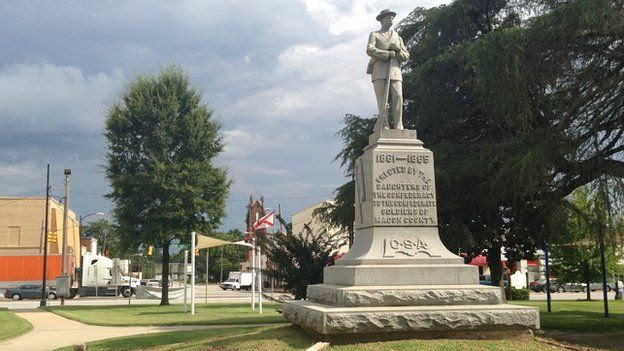 For anyone with a casual knowledge about Alabama’s juicy and active history, the words “Tuskegee” and “Confederate” seem to be an odd match. Tuskegee, Alabama is the site of Booker T. Washington’s visionary Tuskegee Institute, the home of the legendary Tuskegee Airmen, and the location of the first integrated public high school in Alabama. And yet, the center of town is dominated by a city block-sized park under the watchful and protective gaze of a brave and honorable Confederate soldier.

At the very least, he is a soldier who should be commended for his survival of the carnage of late concerning Confederate Memorials throughout the South. And although (as of this writing) the Alabama House recently passed legislation requiring local governments to get the state’s permission before removing any historical monuments (Alabama Heritage Preservation Act), this lone and dedicated soldier has managed to hold off many vicious attacks over the last 60 years about his presence. He doesn’t need the legislature’s help. He’s not going anywhere.