Game On: Tennessee to Sue Feds Over Unconstitutional Refugee Resettlement 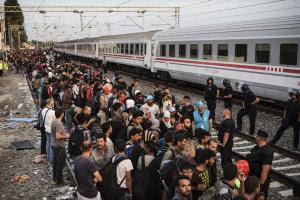 On Tuesday, the Tennessee General Assembly declared it will sue the federal government over its refugee resettlement program on Tenth Amendment grounds. The State Senate passed a resolution authorizing that lawsuit in a 29 to 4 vote one day after it passed the Tennessee House by a 69 to 25 margin.

“Today we struck a blow for Liberty by finally adopting SJR467,” State Senator Mark Norris (R-Collierville), the co-sponsor of the resolution who shepherded it through the State Senate, tells Breitbart News.