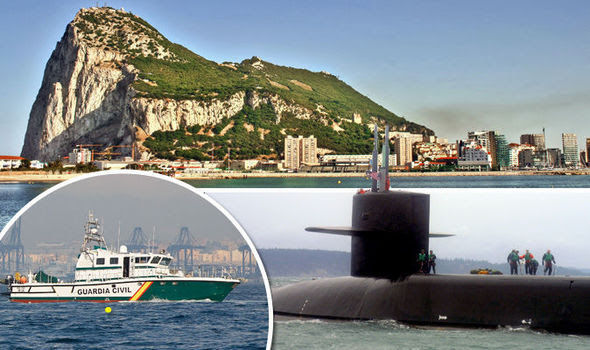 The Spanish Guarda Civil boat was said to have sailed across an American sub in the shocking incident.

Warning flares were reportedly fired by the British Navy boat to warn off the European vessel.
It comes as tensions heighten around the UK-controlled peninsula after a series of aggressive acts by Spain.

A source said: “This is not only a very dangerous game for the Spanish to play but it is unbecoming of a NATO ally to treat the US Navy with such contempt.


More with video @ Express
Posted by Brock Townsend at Thursday, May 05, 2016