Kentucky Confederate monument to be removed after 120 years

Via comment by  Cav Med on "The Return: Chapter 2 (The Cutting Edge) | Ford GT...":"Kentucky Confederate monument to be removed after 120 years.the base of the monument as communist shitbag, "Mayor" Greg Fischer,makes the ambush announcement.
Take note that the "Mayor" states that the new location has not been determined and that it will be placed in storage for a period of indefinite detention." 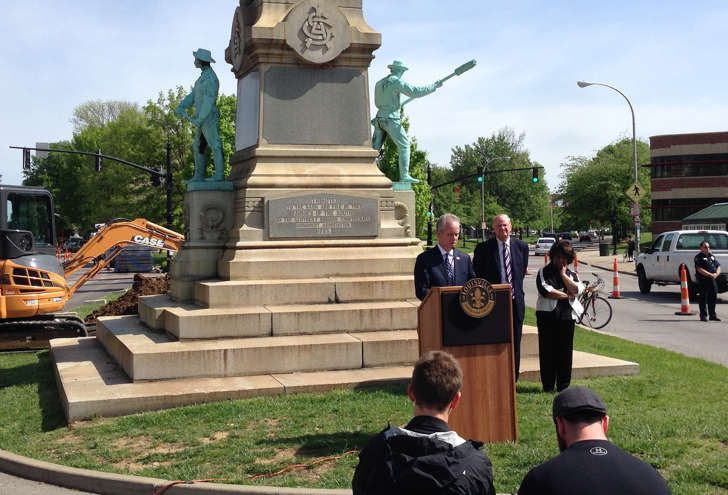 A Confederate monument will be removed from a spot near the University of Louisville campus where it has stood since 1895.

The stone monument honoring Kentuckians who died for the Confederacy in the Civil War will be moved to another location, University President James Ramsey and Louisville Mayor Greg Fischer said during a surprise announcement Friday. The monument is capped with a statue of a Confederate soldier.