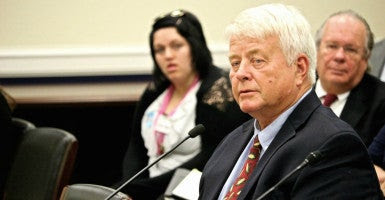 Maryland farmer Calvin Taylor has lived his life always trying to do the right thing.

Through their business, the couple employs a number of teenagers to work at their farm stands and on the farm. They boast of selling the best corn in the state of Maryland.

On Sept. 16, 2011, though, the Taylors learned that thousands of dollars their business generated had disappeared in an instance.