Via Iver "From my friend Josefine in Denmark.When will they get it.? We are at war!"

The friend of my best friend was nearly gang-raped last week. Luckily a Swedish man helped her to get away.My mother in-law was threatened by three Muslims when she went grocery shopping at the local store here in our little town in Denmark. 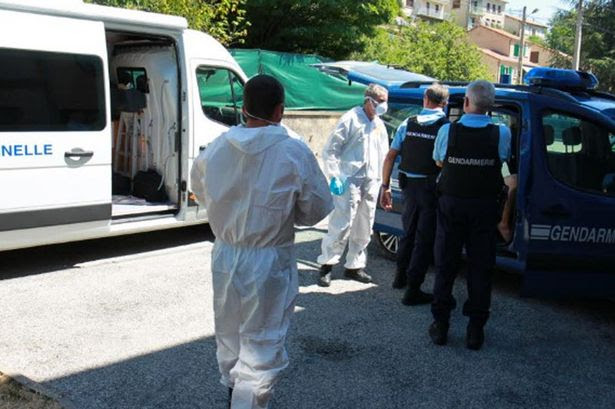 The 46-year-old woman and her three daughters - aged 14, 12 and eight - are said to have been targeted while holidaying near Laragne in Hautes-Alpes in southern France

An eight-year-old girl is fighting for her life after a mum and her three daughters were reportedly stabbed in a French holiday resort for being 'scantily dressed'.

The French family are said to have been targeted while holidaying in Garda-Colombe in the Hautes-Alpes near Montpellier in southern France.

The 46-year-old woman and the girls - aged eight, 12 and 14 - were all attacked before the knifeman fled the scene - according to police.

The eight-year-old was airlifted to hospital in nearby Grenoble with a punctured lung and is in a critical condition.


The 37-year-old man has been identified by French media as Mohamed Boufarkouch, who was born in Morocco.

He is reportedly unknown to the police and gendarmerie.