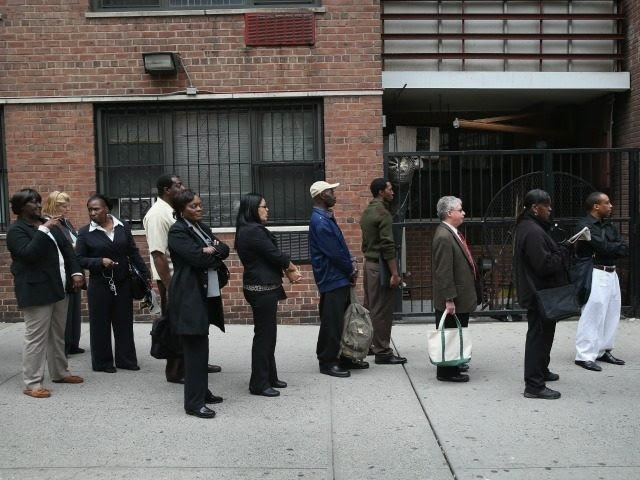 94,333,000 Americans were not in the labor force in July, a slightly better showing than June’s 94,517,000; and the labor force participation rate improved slightly, increasing a tenth of a point to 62.8 percent from June’s 62.7 percent, the Labor Department's Bureau of Labor Statistics reorted on Friday.

In September 2015, the labor force participation rate dropped to 62.4 percent, its lowest point since 1977.  The best it’s been since Barack Obama took office is 65.8 percent in February 2009, the month after Obama was sworn in amid a recession.