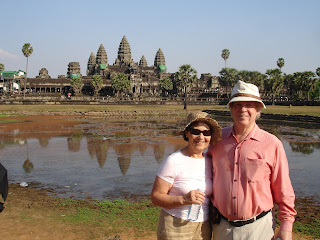 My Brother Henry and Wife Jessica

Mother was enthralled by it after Jackie Kennedy visited  and spoke highly of the area.  She wanted to go, but never made it.  My friend Bill and I visited Cambodia for the first time in 1969 and had planned on going after Phnom Penh, but were having such a good time, we decided to wait  until the next time, but unfortunately the Khmer Dau (Rouge) took the area over after the Lon Nol coup.  I did bring back a temple rubbing for Mother and now have it displayed at  Dixieland. 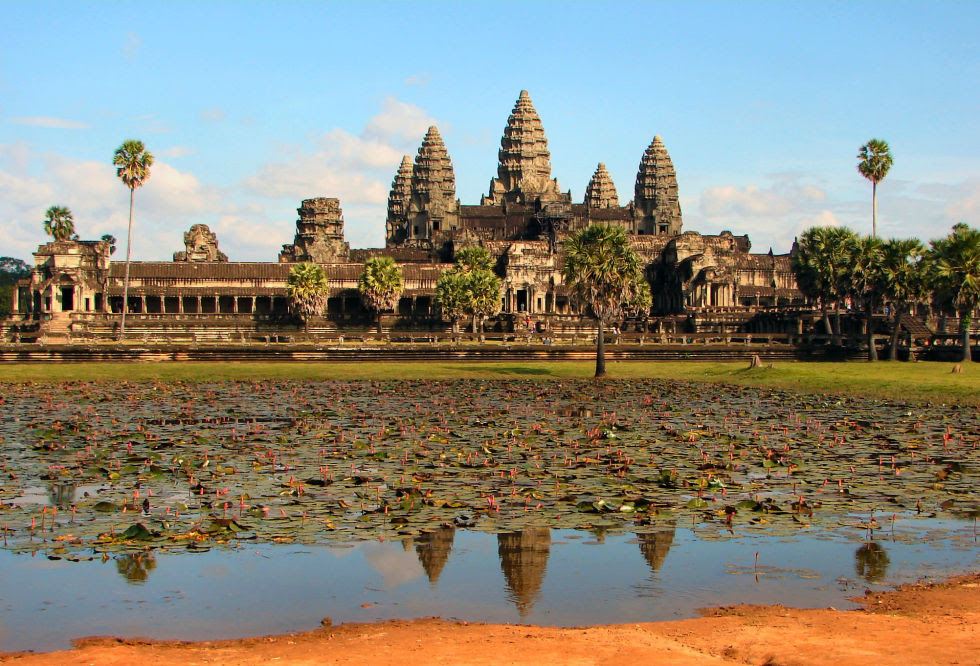 The ornate, pinecone-shaped towers of Angkor Wat in Cambodia float above a vast temple complex of shrines, pools, houses, and a perfectly square moat. Today, only a small number of monks remain within the temple walls. The remaining structures have been reclaimed by trees whose roots wind around the stone like cellulose tentacles. Archaeologists have long wondered what life was like here when Angkor was the cosmopolitan heart of the Khmer Empire in the 12th and 13th centuries. Why did so many people abandon this place in the 15th century, never to return?

Unlike a majority of archaeological endeavors, the answers didn't come from digging up the ground. Instead, our first glimpse of Angkor as it once was came just a few years ago from a sophisticated laser scanning machine mounted on a helicopter.