MSM To Admit Hillary Clinton Is Mentally Diminished, But According To Them, That Is Good For America! 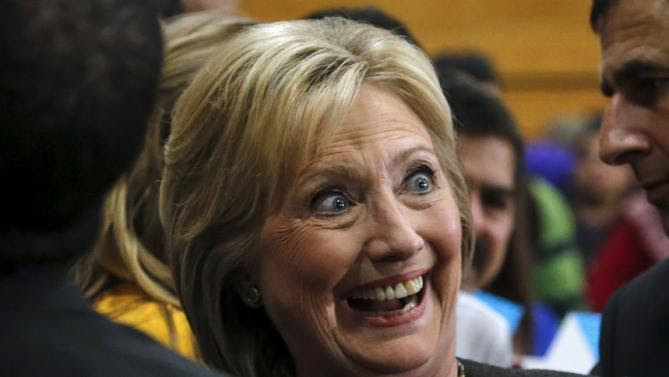 Since images of Hillary Clinton needing two of her social security detail to help her up a short set of stairs went viral, followed by documents  alleging that she was suffering from dementia, Clinton puppets in the MSM have been attempting to do damage control but it hasn't worked, so now they are laying  groundwork for the new official narrative before they publicly admit that Hillary Clinton is, indeed, mentally diminished.

Less that a week after the Drudge Report splashed the image of an unbalanced Hillary Clinton holding on to her SS agents in order to climb stairs from February 2016, and just days after another image from April was revealed showing Hillary needing to be held up while giving a speech, in the midst of claims that she was also suffering dementia and partial seizures, the Associated Press, suddenly publishes an article with the following headline.

"Some great leaders had mental illness - it may have helped."