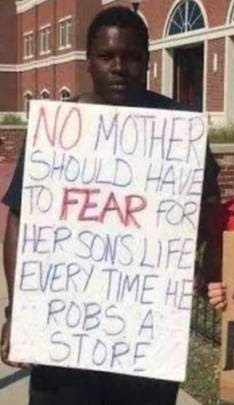 Black lives don't matter when Planned Parenthood is involved.  Most do not realize that Planned Parenthood was the outgrowth of Margaret Sanger's attempt to cleanse the American population of undesirables, especially blacks, whom she considered incapable of the type of "elevated" behavior  of educated whites.  But, Margaret wanted to rid society of all manner of undesirables, not just blacks.  To her, the mentally disabled, the weak, the unmanageable hordes must also be cleansed.

This is why Planned Parenthood started in the inner cities, where the poor, disabled and minorities were most often encountered.  Yet, Hillary Clinton is still proud to accept the Margaret Sanger Award.  And, she accuses Trump of being a racist.