Who's Going To Throw Who Under The Skooby Van?

Via comment by JWMJR on FBI Obtains Warrant for Newly Discovered Emails in... 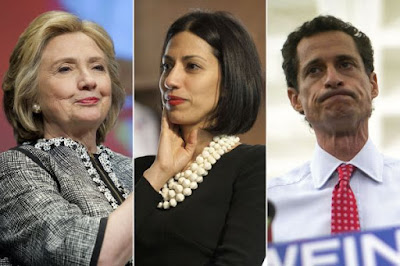 The two on the right are already negotiating with the FBI.

Fridays FBI letter to Congress revealing that a new trove of "pertinent" emails had been found on a laptop computer accessable to both Clinton aid Huma Abedin and her disgraced, sleaze ball, ex-Congressman and soon to be ex-husband Anthony Weiner, has raised speculations and accusations of every sort imaginable.


For the moment let's put the furious accusations about the motives of Director Comey aside. As such they amount to little more than closing the barn door after the horses have escaped. The speculations about what the emails actually contain is almost irrelevant to the unfolding drama.