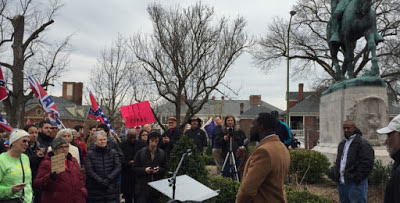 In the wake of the revelation of numerous racist, homophobic, sexist and vulgar tweets posted on social media by Charlottesville Vice-Mayor Wes Bellamy, there has been an ongoing push to remove him from Charlottesville City Council.  Even though an online petition gathered nearly 1,000 signatures in a matter of days, and despite the fact that the Albermarle County School Board placed him on administrative leave and the Governor of Virginia forced him to resign from the State Board of Education, members of city council not only have refused to ask Bellamy to resign, but went as far as to express their unwavering support for the disgraced Vice-Mayor.  In response to the lack of action from city council, and on the advice of legal representation, a grassroots group of Charlottesville citizens has drafted an official recall petition, requesting that he be removed from office for “misuse of office’