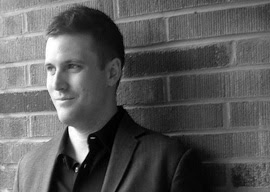 Richard Spencer made the front page of the NY Times two days in a row last week, as well as a half-page report on the third day. For any of you who have never heard of him—and very few have—he is described by the mendacious Times as the leader of the “white nationalist movement,” a movement not too many of us who believe in the white race are aware of.

Let’s start at the beginning. After I “sold” The American Conservative magazine to a man called Uns for one dollar—I have kept the check and will cash it only if in terrible need—I invited Richard Spencer to visit me at my New York house, where I offered him the job of running my website, Takimag. (He was a laid-off worker at the magazine.) Richard was well-read, a bit vague, nice-looking, well-dressed, and well-spoken. Things were hunky-dory until he asked me where the bathroom was. When he returned he looked a bit pale but told me he was fine. After we agreed to his salary and the ideology Takimag would follow—all opinions with shades toward the right—we shook hands and off he went.