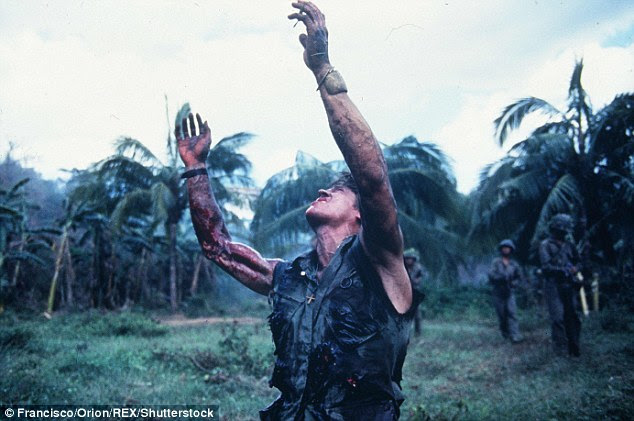 I remember seeing it in South Laguna and sure wish I was 30 years younger. :)

It's regarded as one of the greatest and most realistic war movies ever made.

Acclaimed director Oliver Stone's wartime classic Platoon landed a Best Picture Oscar in 1987 for its gritty and disturbing depiction of life for young soldiers serving in the Vietnam War.

And as fans of the movie celebrate its 30th anniversary this Christmas season, one of its stars recounts the extraordinary lengths to which Stone pushed his cast to achieve his masterpiece - and reveals how some actors, including Charlie Sheen, tried to quit as they were put through their paces.

In an exclusive interview with DailyMail.com actor Kevin Dillon, who played Bunny in the film, detailed the brutal training regime and preparation he and fellow stars Sheen, Johnny Depp, Willem Dafoe, Tom Berenger and Forest Whitaker undertook to replicate the lives of US Marines.