Via Dale"Good Evening Gentlemen! Just a quick Email to say hello and share my recent article, hope everyone on your end is doing well. I couldn't remain silent any longer with what most Canadians fear to say. Regardless of outcome, I firmly believe staying silent and writing nothing wasn't the right action. As much as I've entered politics and have an online presence the censorship has gotten much worse since Trump won. A dedicated article on my blog is tougher to ignore and censor. :) 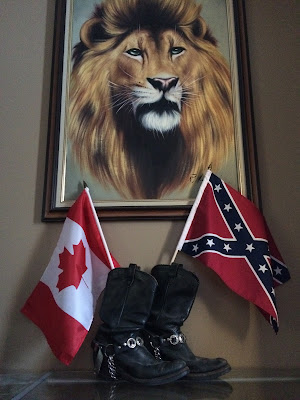 I started realizing in 2011 that a putrid level of filth politics was being used on a global scale. In Canada we changed our Human Rights Code to only serve demographics of minorities as opposed to individuals that felt they were discriminated against. In Saskatchewan, the HRC fired a group of representatives and walked them out of the government office. The mainstream media didn't report the story with any seriousness. Immediately....mainstream Canadian values and religions began to be challenged by minorities under our own laws. The change meant that anything majority could be questioned as being bias against a minority, and that anything majority questioning a minority could be deemed racist. The change also allowed for implementation of filth politics, as well as the opportunity for social and racial division.

I've personally dealt with filth politics in my life. It's a very unpleasant education of which few of us are prepared for or raised to understand. As Canadians most of us are raised to act in kindness and in honor, so we have little to no experience with it. It is the worst form of bullying at a very organized and high level. My own experience occurred in the insurance industry after being injured in a motor vehicle accident. I wrote four very specific articles against SGI outlining the experience and created a venue for them to be viewed publicly. Canadian media doesn't oppose SGI in western Canada, so alternative strategy and actions were implemented. All provincial agencies and media were given opportunities to help or report the story, all turned it down. I was warned several times by several agencies to remain silent regarding the filth politics and tactics employed against me when injured. It is normal to be shamed and threatened with public humiliation and/or punishment for speaking, which is a key element for filth politics to succeed.
More @ South Asks Southerner
Posted by Brock Townsend at Monday, January 30, 2017