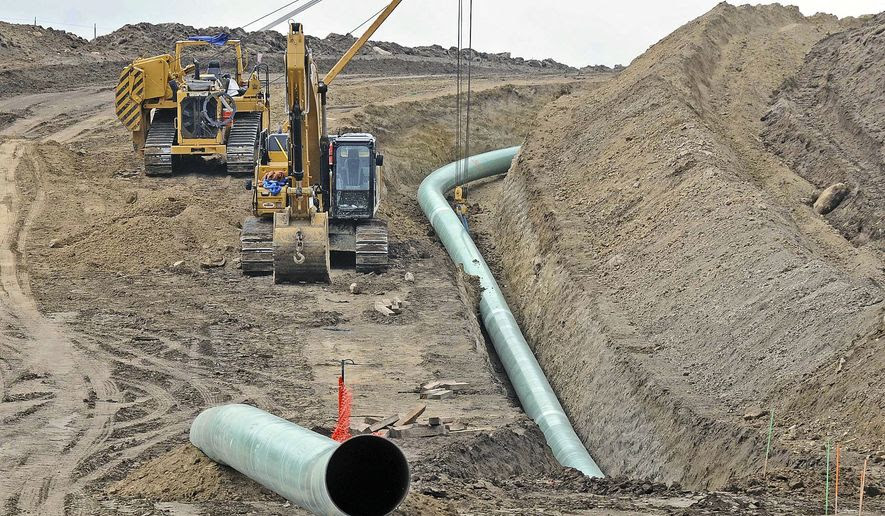 The U.S. Army Corps of Engineers confirmed Tuesday that it will grant the easement needed to complete the Dakota Access pipeline, but the outcry surrounding the project is far from resolved.

In letters to House and Senate members disclosed in a court filing, Deputy Assistant Secretary of the Army Paul D. Cramer said he will issue the easement within 24 hours, citing President Trump’s memorandum Jan. 24 to expedite the Keystone XL and Dakota Access projects.

The $3.8 billion Energy Transfer Partners project has been delayed for months after the Obama administration suspended and then withdrew an approved easement for the final 1,100-foot stretch running under Lake Oahe in North Dakota.

“The corps intends to execute this easement at a time that is mutually convenient to the corps and the company, no earlier than 24 hours following the delivery of this notification letter,” said Mr. Cramer.

The letters brought relief to the pipeline’s supporters after wrangling since August with the thousands of protesters who descended upon southern North Dakota to stop the project and the Obama administration, which granted the easement in July and then repeatedly delayed it under pressure from the Standing Rock Sioux and environmental groups.