Memorial Day in a Divided Nation 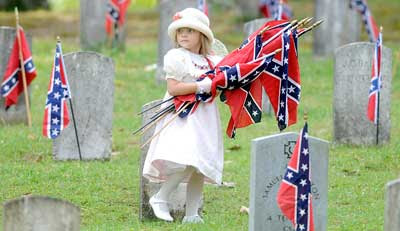 It has been over 150 years since our nation’s last civil war. Time enough has passed that we have come to associate the holiday once known as Decoration Day with the graves of soldiers fallen on other continents far from home.

It is important to honor our wartime dead. But Memorial Day has a powerful meaning that we have forgotten. It was the holiday that reunited our country after the Civil War. It began when Americans, from the North and the South, entered the cold gray stone fields of the dead, and decorated the graves of the fallen from the Grand Army of the Republic and the Confederacy with freshly cut flowers.

They followed no presidential order. They acted under no regulation. Instead the mothers and wives of men who would return home no more brought flowers to the graves of their fallen sons and husbands, and to the resting places of the young American men who might have slain them, who had been the enemy, but who still deserved honor and respect.

Those women, of the North and the South, brought America together.