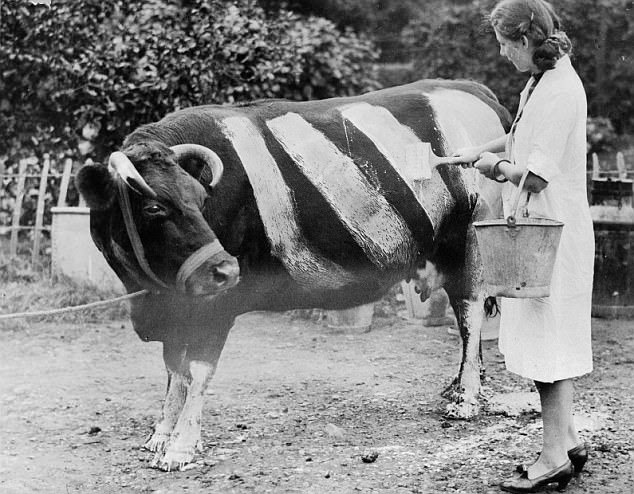 When fighting the might of the Nazi regime that had spread across much of Europe during the Second World War, Britain required more than the skill and bravery of its lionhearted troops on the ground.

Although the Armed Forces are rightly praised for the ultimate sacrifice they gave to their country, a new book reveals how bizarre feats of ingenuity such as exploding animal dung and garlic chocolate also played a part in toppling the fascist epidemic.

And it was not just behind enemy lines where Britons were thinking outside the box, with several extreme measures taken on the home front, such as decoy tanks, to minimise the damage done by the Luftwaffe.

'Paradogs' were also dropped behind German lines to accompany D-Day troops and sniff out mines.