Crowd chants 'Justice for Seth Rich!' outside DNC: Dems peer through windows, laugh at questions about slain staffer: 'You guys are pathetic' 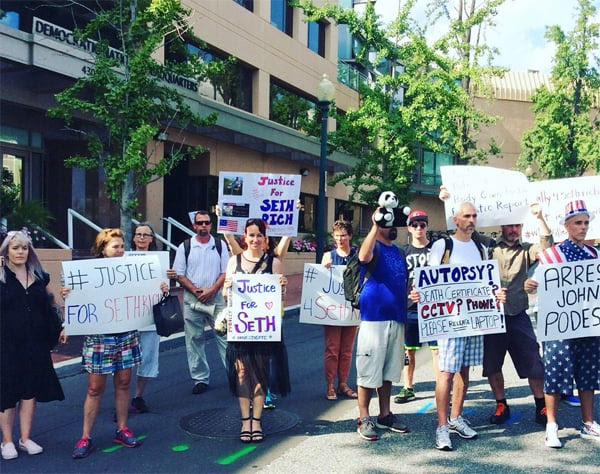 On the one-year anniversary of the murder of Seth Rich, dozens of concerned Americans gathered outside the Democratic National Committee headquarters in Washington, D.C., to honor the DNC staffer’s memory and demand answers from top Democrats about the mysterious slaying.

But Democrats laughed Monday as they passed the crowd of at least 30 people who held a silent vigil and later chanted, “Justice for Seth Rich!”

Ralliers held up stuffed panda bears in memory of Rich, who reportedly used the pseudonym “Panda” online. They also held signs demanding to see Rich’s death certificate and unreleased body-camera footage obtained by Metropolitan Police Department officers at the scene of the murder.