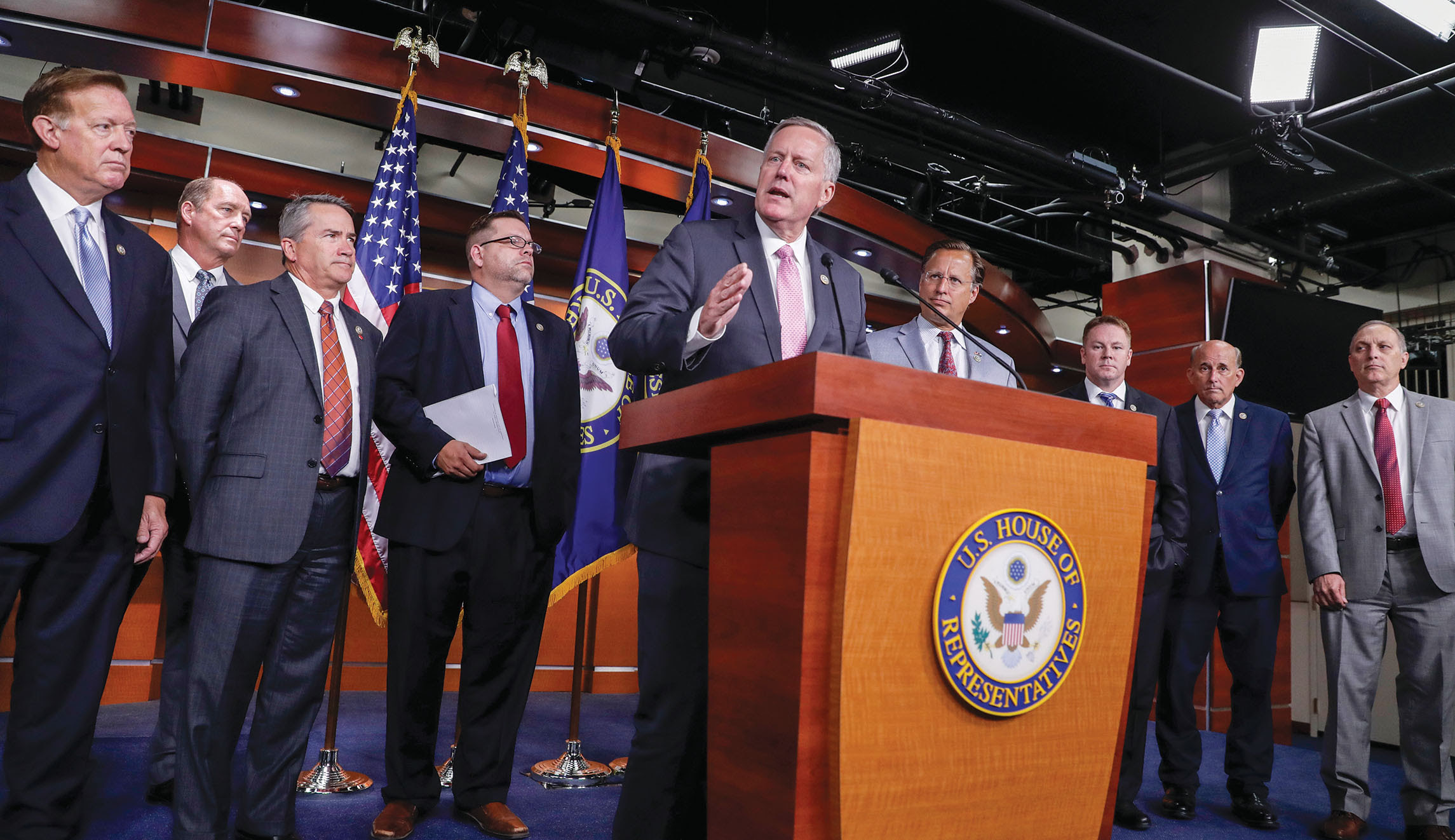 Less than 24 hours after Washington celebrated Independence Day, in the midst of a two-week stretch of round-the-clock discussions on healthcare reform and the GOP agenda, Rep. Mark Meadows drove up to the White House to talk strategy.

"Can you hold on just a second?" he asked the Washington Examiner as he rolled down the window to speak to security. "I'm heading in the guard gate." He's a busy guy, and he was in the middle of phone interview as he pulled into the executive mansion.

"I'm going up to see Steve Bannon," he said, not to his interviewer but to one of the rings of security. "Thank you."