AMERICA STANDS ON THE EDGE OF A KNIFE 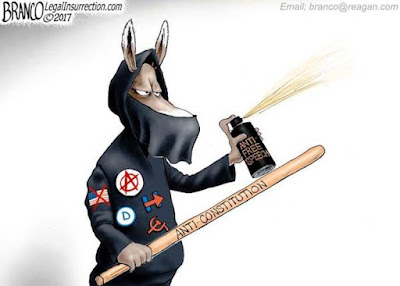 In the wake of Charlottesville and the seemingly-overnight eruption of violence, the tearing down of statues, the ramped-up burning of American flags, and what feels like an explosion of both anti-police and person-to-person violence, and even more dangerous rhetoric, I will open by quoting a good friend of mine who opined many months prior to any of this: “America has not been this divided since the Civil War”. He is a student of history and an all-around pretty sharp guy and is, I fear, right.

As I said in my introductory essay, I was born in the Peoples’ Republic of Massachusetts. I grew up in a very Leftist household; my parents were staunch in their beliefs until they passed. I, somehow, diverted rightward – I think in large part because of my first That’s weird… moment – defined as a moment when I was exposed to information that contradicted what I “knew”, forcing me, if I claimed the title of a thinking person, to investigate the subject further (in reflection, I was starting to veer off even in high school when, after an anti-nuclear power screed in the school newspaper, I wrote a counter letter praising nuclear energy). A few years ago, having moved substantially rightward, I stumbled upon and was shocked by the must-buy, must-read, must-keep book Liberal Fascism