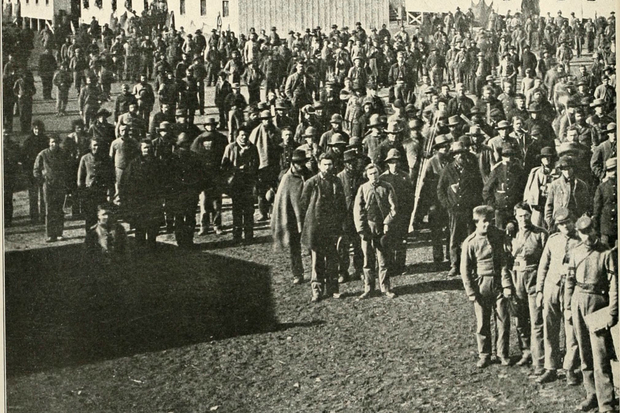 Looks like a Battle Flag in the right rear. :)

When Chris Rowland’s co-worker told him that Chicago was once home to a Civil War prison camp, he almost didn’t believe it. But a bit of Googling led Chris to a name, Camp Douglas, and a location, Chicago’s Bronzeville neighborhood. It also led him to the camp’s gloomy history, one that included dismal living conditions and a death toll that numbered in the thousands. Beyond that, though, Chris, a 36-year-old sales engineer at a South Side manufacturing company, found hardly any information about the camp. So he came to Curious City for help:


Why was there a prison camp in Chicago during the Civil War and why did so many people die there?

What happened to it?