Shout ‘Allahu akbar’ and you will be shot, warns Luigi Brugnaro, mayor of Venice 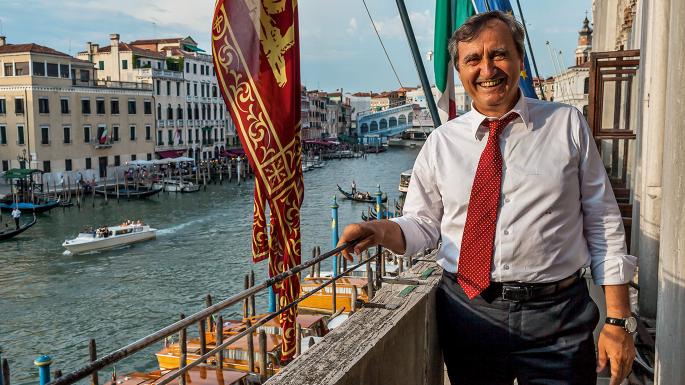 The right-wing mayor of Venice has courted controversy by claiming anyone who yells “Allahu Akhbar” in the city’s St Mark’s Square will be shot.

Speaking at a conference, Luigi Brugnaro said Venice was safer than Barcelona, where 13 people were killed this month when terrorists drove a van down Las Ramblas.

“In contrast with Barcelona, where they had not set up protection, we keep our guard up,” he said. “If anyone runs into St Mark’s Square shouting ‘Allahu Akhbar’, we will take him down. A year ago I said after four steps, now after three. I will say it in Venetian: ‘Ghe Sparemo’ (We will shoot him).”