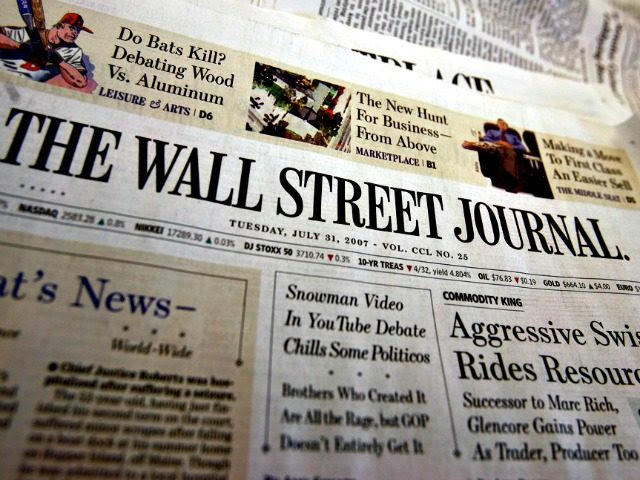 Gerard Baker, the editor-in-chief of the Wall Street Journal, criticized his staff this week for smuggling too much opinion into the news coverage of President Trump’s Arizona rally.

“Sorry. This is commentary dressed up as news reporting,” Baker wrote in a 12:01 A.M. email Wednesday morning to a group of Journal reporters and editors. The message was in response to a draft of the rally article that was intended for the newspaper’s final edition.

“Could we please just stick to reporting what he said rather than packaging it in exegesis and selective criticism?” Baker wrote in a follow-up email.

Baker’s emails ended up in the hands of New York Times reporter Michael Grynbaum on Wednesday.
According to the draft obtained by the New York Times, Baker and editors removed language prior the publication. The draft called President Trump’s Phoenix speech “an off-script return to campaign form,” in which the president “pivoted away from remarks a day earlier in which he had solemnly called for unity.” These portions did not appear in the published version of the story.

Another important change came at the beginning of the draft’s lead paragraph, which originally described the Charlottesville protests as “reshaping” Trump’s presidency. This phrasing was removed prior to publication.

A Wall Street Journal spokeswoman told the New York Times in a statement that the paper seeks to maintain a clear distinction between news reporting and opinion. “The Wall Street Journal has a clear separation between news and opinion. As always, the key priority is to focus reporting on facts and avoid opinion seeping into news coverage,” she wrote.

Those are very small alterations for a front page news story. What made it remarkable what (was?) the staff insurrection. Rather than accept the changes and grumbling over the late night drinks at the local watering-holes, someone at the Wall Street Journal decided to send Baker’s emails to its fiercest competitor, the New York Times.

The insurrection demonstrates just how desperate reporters inside mainstream media organizations have become to “virtue signal” by including negative judgments on the Trump administration in news stories. It is not enough to tell the story of what happened, they need to explain what the story “means” just in case their readership might not understand that they’re supposed to condemn Trump’s latest actions.