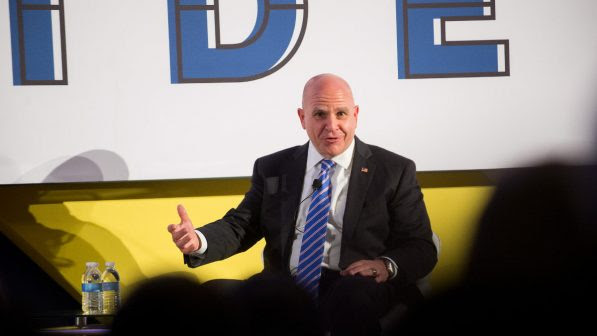 If H.R. McMaster’s commitment to President Trump’s conservative agenda is to be judged by those who defend him and want him to stay on as White House national security adviser, it’s not looking good for him.

In the past McMaster has been publicly defended by Sen. John McCain, R-Ariz., groups funded by George Soros and Media Matters.

Now comes the latest endorsement, from the Islamist group CAIR, also known as the Council on American-Islamic Relations, which was shown in federal court to be a front group for Hamas, the Muslim Brotherhood’s branch in the Holy Land.

CAIR tweeted as part of its daily “Islamophobia Watch” series:

CAIR also linked its tweet to a story in Newsweek titled “Why Is the Alt-Right Attacking H.R. McMaster?”