Kid Rock Weighs in on National Anthem and Confederate Flag 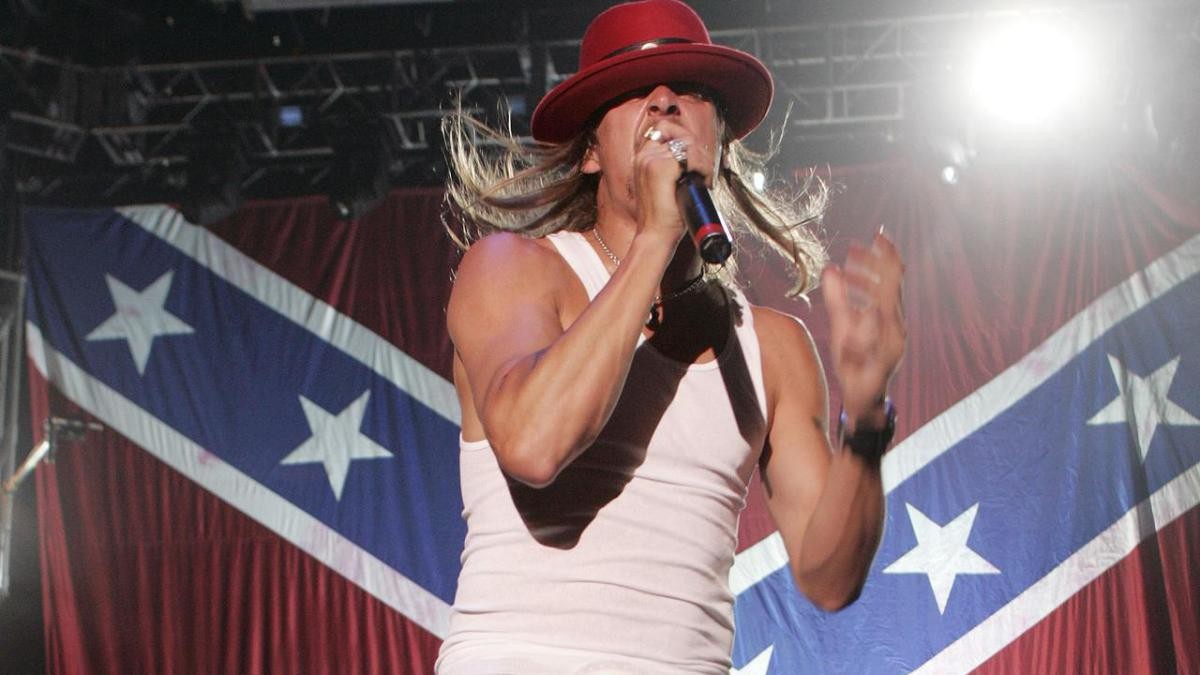 Kid Rock apparently needed to sound off about a few things – including the Confederate flag and National Anthem protesters.

And, boy, did he ever, taking to social media to absolutely obliterate extremists on both sides of the aisle, blasting those taking part in the recent rash of Confederate flag and statue removals, and hammering NFL players who protest the National Anthem.

Rock, whose real name is Robert Ritchie, posted a lengthy screed that seems to be in response to efforts by the left to have his concerts canceled in Detroit.

“Pay NO attention to the garbage the extreme left is trying to create! (and by the way, f*** the extreme left and the extreme right!),” the rock legend wrote. “They are trying to use the old Confederate flag BS, etc. to stir the pot, when we all know none of this would be going on if I were not thinking of running for office.”

Rock went on to excoriate those protesting his shows: