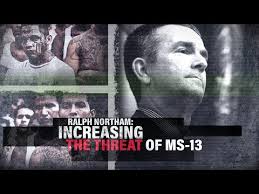 On Tuesday night, Democrat Ralph Northam became the next governor of the Commonwealth of Virginia, beating Republican Ed Gillespie in a brutal campaign that stoked people's fears in the age of Donald Trump.

With 98 percent reporting, Northam won with just over 53 percent of the vote and a margin of eight points. In the 2016 election, Hillary Clinton carried the commonwealth with almost a five-point margin of victory.

And while President Trump endorsed Gillespie in the last remaining weeks of the campaign, the Republican candidate was coy about expressing his support for the president. However, for Northam and the Democrats, Trump's endorsement was all they needed to paint Gillespie, a Washington insider and moderate Republican, as a white supremacist. It didn't help that Gillespie endorsed keeping the statues of Confederate generals and soldiers in Virginia.