A year later, an investigation in search of a crime 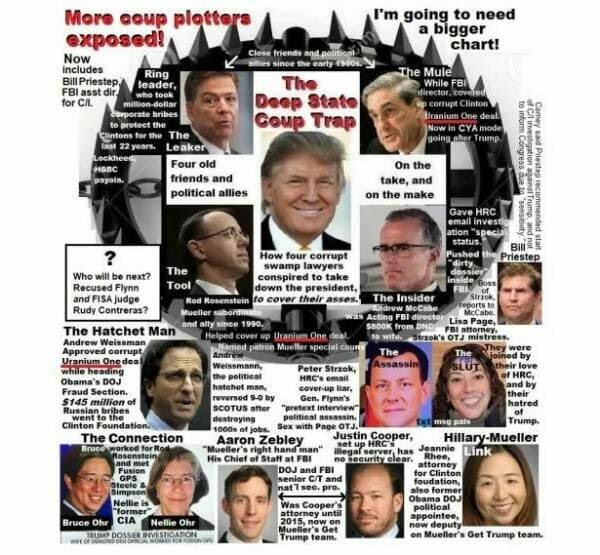 Crooked Cop Mueller to Stretch His Trump Russia-Collusion Witch Hunt Well into 2018
In November Steve Bannon told me Mueller would continue his witch hunt and drop something big before the 2018 elections to help Democrats. It looks like Steve Bannon was right.

In all of the end-of-year reviews, the most surprising (and most disappointing) realization for many is what’s missing from the list: the charging of Donald Trump.

Indeed, much like Mark Twain, President Trump could claim reports of his impending indictment have been much exaggerated. Even before he took the oath of office, commentators predicted indictment or impeachment as the inevitable end for the 45th president. While 2018 (and special counsel Robert Mueller) could still bring new evidence or allegations, a review of the “clear” crimes articulated over the year have produced little in terms of actual charges.

More @ The Hill
Posted by Brock Townsend at Saturday, December 30, 2017