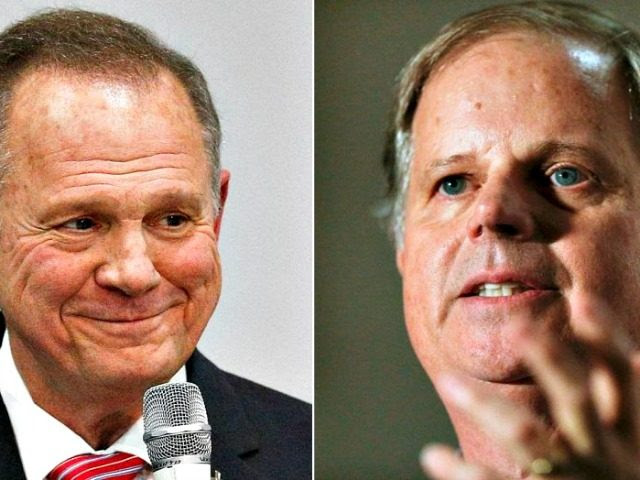 "The latest Fox News poll showing Jones up 10 is way out of line with six other polls. Keep in mind that while Fox has many conservative commentators, it is owned by the Murdoch clan who are strongly secular globalists hostile to Trump, Moore. and like minded populist conservatives, especially strongly religious ones.

As I have said earlier, the Fox polling sample reflects the Democrat strategy hopes of suppressing the white vote by smearing Moore and getting a maximum black vote by making accusations that Moore is a white supremacist and racist. In Alabama, and many other states, the final stages of Democrat campaigns almost always plays the race card directed specifically  toward heavy turnout in predominantly black precincts  Senator Shelby, a former Democrat, was elected by such tactics in defeating former Republican Senator and POW hero Jeremiah Denton in 1986.

Character assassination and especially framing Republicans with being "racists" and "white supremacists" continue to be consistent Democrat Party staples. That is very much the Democrat strategy in Alabama in this election. Again, this election will be determined by who turns out to vote!"

Fox News put its credibility on the line when it released a new poll on Monday that shows liberal Democrat Doug Jones leads conservative Republican Roy Moore by 10 points, 50 percent to 40 percent, in tomorrow’s special election for the U.S. Senate in Alabama.

The contrast between the results reported by Fox News and every other recent major poll could not be sharper.

Earlier on Monday, an Emerson Poll was released that shows Moore up by nine points, 53 percent to 44 percent.

The five other most recent polls featured in the Real Clear Politics Average of Polls all show Moore in the lead.