Via John "Wanna bet there are far far more illegal aliens 'carrying' than these 197 lucky citizens?" 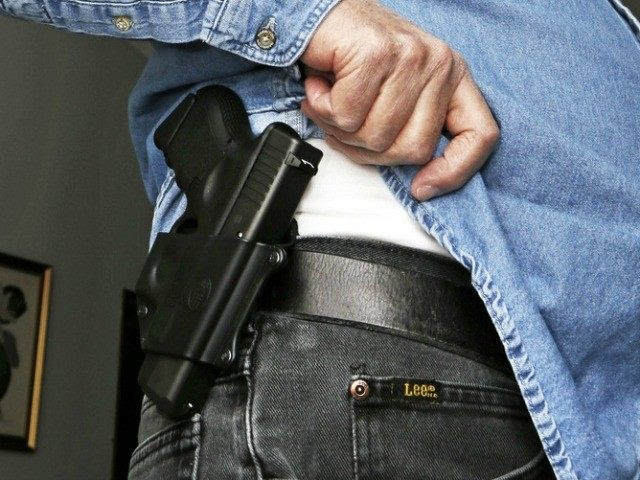 An audit by the California State Auditor shows Los Angeles County has only issued concealed carry permits to 197 of its 10.2 million residents.

This works out to about one permit issued per every 50,000 residents and highlights the freedom-crushing danger of hinging concealed permit issuance guidelines on a “good cause” requirement. The danger arises from that fact that such a policy places ultimate approval of a concealed permit application in the hands of a local law enforcement officer who arbitrarily decides who can and cannot exercise the natural right to bear arms.

The Auditor’s report highlighted the arbitrary nature of the “good cause” permitting system not only by discovering the low number of permits issued but also by giving close scrutiny to 25 of the permits and learning that all but one were issued to the “well-connected.”

As reported by the NRA-ILA, the Auditor found that the “good cause” requirement was arbitrarily followed, if at all, in many instances of permit issuance. This means Los Angeles County “did not completely adhere to its policies when issuing any of the 25 CCW licenses…reviewed.” They bolstered this finding by pointing out that “Los Angeles issued all but one of these licenses without the level of documentation it expects to demonstrate that the applicant has met the good cause requirement.”

22 of the 25 CCW licenses we reviewed were issued to applicants with professions that connected them to the law enforcement community: the individuals were former or current law enforcement officers, judges, court commissioners, retired federal agents, and deputy district attorneys. In fact, we found that of the 197 licenses that Los Angeles had issued that were active as of mid-August 2017, only nine were issued to applicants outside of that community.

Sacramento County Sheriff Scott R. Jones interprets the “good cause” requirement differently, considering “self-defense or the defense of others sufficient to meet the ‘good cause’ requirement.” As result, his county has issued 9,130 permits to its population of 1.5 million residents. This translates into one armed law-abiding per roughly 164 residents versus the ratio of one per 50,000 in Los Angeles County.
Posted by Brock Townsend at Wednesday, December 27, 2017