Media warn about a tax apocalypse and other outlandish journalistic offenses 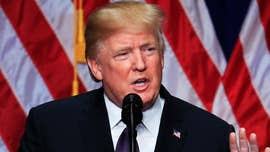 There’s lying like a rug and lying like the media. In the former, the person just collapses motionless. In the latter, the person actively seeks to distort the truth and convince people that a tax cut is actually a hike.

That’s the script of almost every major media disaster in 2017. Journalists misrepresent the details and try to convince their audience with a mix of invective and shouting. It’s precisely what happened with the GOP’s tax cut vote.

Media attacked the plan 24-7 and then labeled it “deeply unpopular.” Shocker. MSNBC compared the move to a “post-Soviet kleptocracy” and claimed the GOP is “stealing from the rest of us, stealing from the majority,” as New York Times columnist Michelle Goldberg did. Her fellow columnist Paul Krugman called it a “nightmare,” though he also predicted post-election “we are very probably looking at a global recession, with no end in sight.”