A father goes 'badass' to save his family 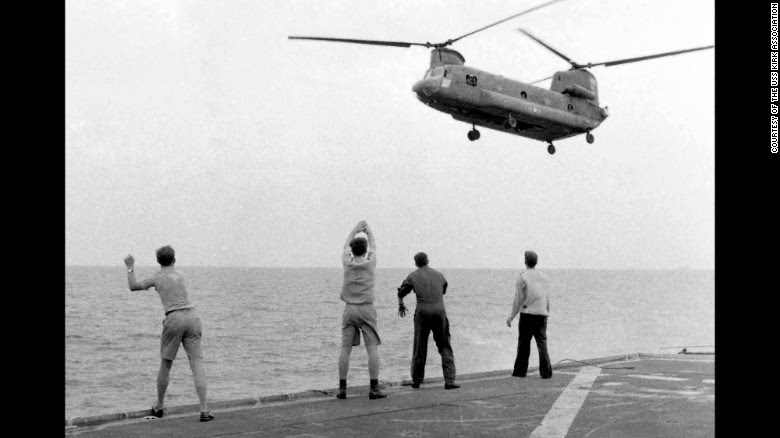 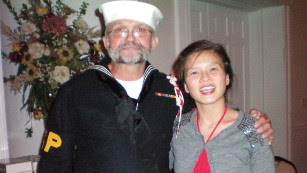 "I'm the guy who caught you" (When dropped from the helicopter)

A 10-month-old Mina Nguyen cries after she is dropped into the arms of a sailor after her father's high-risk escape.

Nguyen shuffled to his feet from his wheelchair, straightened his jacket as he looked at Jacobs, and, with a trembling right hand, he saluted.

If you'd seen him in the crowded room that night, you might not have given him a second look.

He was the frail old man in a wheelchair. He wore a black ascot cap, a burgundy tie and a gray tweed jacket that covered his 140-pound frame. Ba Van Nguyen couldn't speak, could barely move; just a tiny man in a roomful of big Navy men swapping war stories.

But rewind the clock 40 years, slap a pistol in Nguyen's shoulder holster, add about 10 pounds of wiry muscle, and strap him into the seat of a military helicopter armed with an M60 machine gun and he becomes something else:

On April 29, 1975, Nguyen did something that could have been ripped from the script of a "Mission Impossible" movie. He was fleeing from the North Vietnamese army with his wife and their three young children as communist soldiers crashed the gates of Saigon. For 20 excruciating minutes, Nguyen's copter literally hovered between life and death.