A Tremendous Performance By President Trump 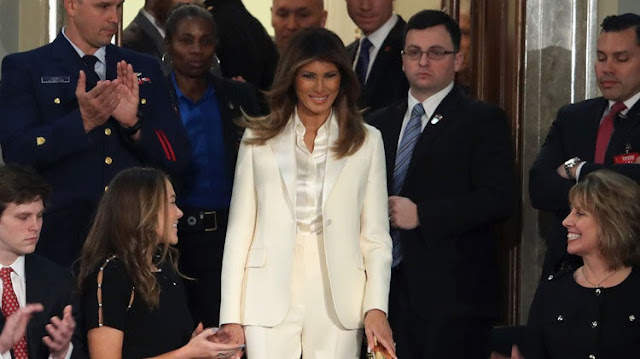 Tonight’s State of the Union speech was a triumph for President Trump. The speech was excellent, and Trump knew it cold and delivered it effectively.

The president began with a recitation of his administration’s achievements that was truly impressive.

Trump emphasized, appropriately, the remarkable gains our economy has made in just one year.

The president’s reception by most in the House chamber was rapturous, which must have been an eye-opener for some who watched. For the Democrats, the optics were very bad. They ostentatiously refused to stand or even applaud, even in response to the least controversial passages in Trump’s speech. One of the most striking visuals was of the Democrats’ Black Caucus refusing to stand for, or even applaud, the lowest African-American unemployment rate in history.