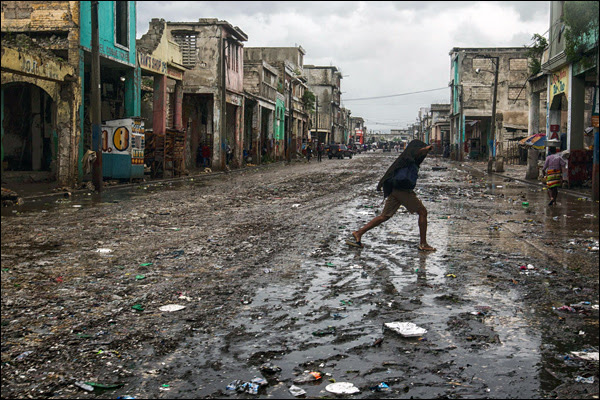 Haiti, Spectator - Is there any question Haiti is a s***hole? Who’s offended by that? If it wasn’t a s***hole it wouldn’t be one of the most prominent recipients of American charity aid on Planet Earth. And it isn’t like this country has ignored Haiti — we’ve been trying to lift it out of s***hole status for more than a century, with absolutely no result whatever. The open-borders crowd wants to call you racist if you’re opposed to a deluge of immigrants from the worst places on earth. That’s why Trump’s “s***holes” objection is big news.

Guess which state has the highest poverty rate in the country? Not Mississippi, New Mexico, or West Virginia, but California, where nearly one out of five residents is poor. That’s according to the Census Bureau’s Supplemental Poverty Measure.

From J. Sefton at Ace Of Spades:

My stance is hardline. If you are here illegally, you are a non-citizen, you are breaking our laws and you do not have any rights to be here at all. Period. Full stop. And that includes your children whether you spawned them here or used them as props and dragged them across the border with you as a human shield.
The only thing that needs to be comprehensively reformed are the morals and character of those in office and in law enforcement, to wit enforce the damn laws that are already on the books, cut off all benefits to non-citizens and severely punish those who knowingly employ them.

Timeline - It was sex all the time at this 1800s commune, with anyone you wanted and none of the guilt

U-Turn, Straight Line Logic - Revolutions dawn when an appreciable number of the ruled realize their rulers are intellectual and moral inferiors. The mainstream media is filled with vituperative, patronizing, and insulting explanations of what’s “behind” the Trump phenomenon. It all boils down to revulsion with the self-anointed, incompetent, pretentious, hypocritical, corrupt, prevaricating elite that presumes to rule this country. It is, in a word, inferior to the populace on the other side of the yawning chasm, the ones they have patronized and insulted for decades, and the other side knows it.
Posted by Brock Townsend at Wednesday, January 17, 2018