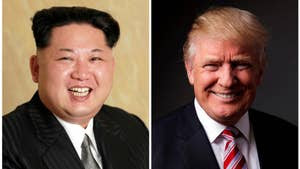 “I’d sit down, but I’m not sure that sitting down will solve the problem,” Trump said in an Oval Office interview with Reuters.

Trump would not say whether he has spoken with Kim, whom he has dismissively nicknamed “little rocket man."